McGregor was awarded his first start in the Scottish Premiership in the last game before the recent international break, a 2-1 win at Ibrox against Dundee United.

Jon McLaughlin, his direct competitor for the position of first-choice custodian, was injured at the time and it remains to be seen if he is in contention to feature against Hearts. 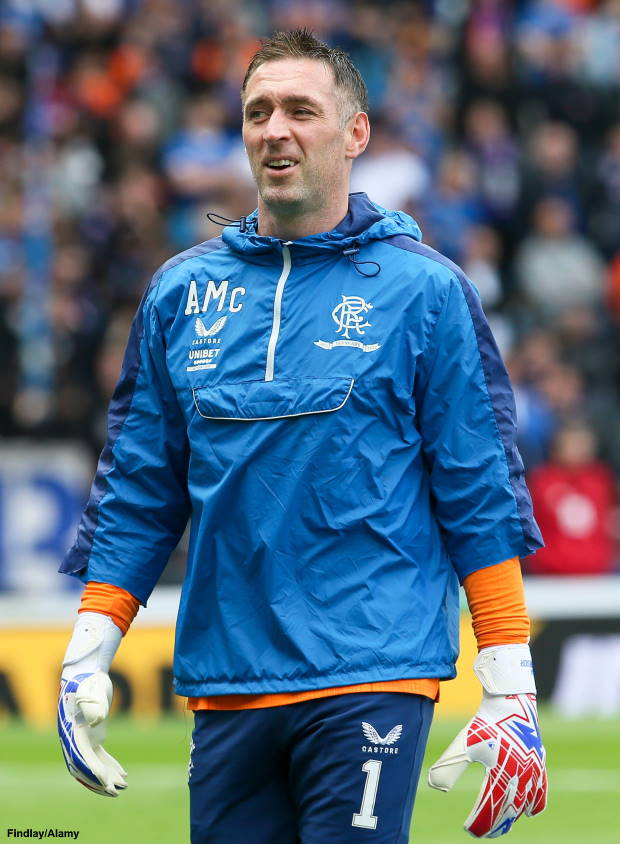 Ferguson believes that Van Bronckhorst and his team would be better served by fielding McGregor from the start against Hearts, even if McLaughlin is fit and available.

The former Gers man remarked that his former team-mate McGregor is a born winner and the sort of character Rangers need, an edge he feels age has not taken away from the 40-year-old.

“It’ll be interesting to hear what Gio says today at his pre-match press conference in terms of the fitness of a number of players who appear to have gone AWOL over the past couple of months”, Ferguson wrote in his column in the Daily Record.

“And it will be fascinating to see what he says about the goalkeeping situation, presuming Jon McLaughlin is available for selection again.

“But, either way, I will be absolutely shocked if McGregor is not reinstated as his first choice for Tynecastle.

“His should be the first name on Gio’s team sheet.

“If I know one thing about my old team-mate, it’s the sheer presence he brings on to the pitch.

“He’s not only one of the greatest Rangers keepers of all time, the guy has been a born winner all his life.

“And age hasn’t taken that away from him.”

McGregor has made three appearances for Rangers so far this campaign, all coinciding with McLaughlin’s injury, and conceded five goals without keeping a single clean sheet.