Video: Leeds United Rave About Season Whites Player Is Having

Leeds United have taken to social media to praise the season that Spanish striker Rodrigo Moreno is having for them.

In his first two seasons for the club, Rodrigo scored six and seven goals in the Premier League, but he has already surpassed that tally this term.

In 13 Premier League games, the striker has netted nine times this term and has earned applause from the Leeds supporters for his impressive displays. 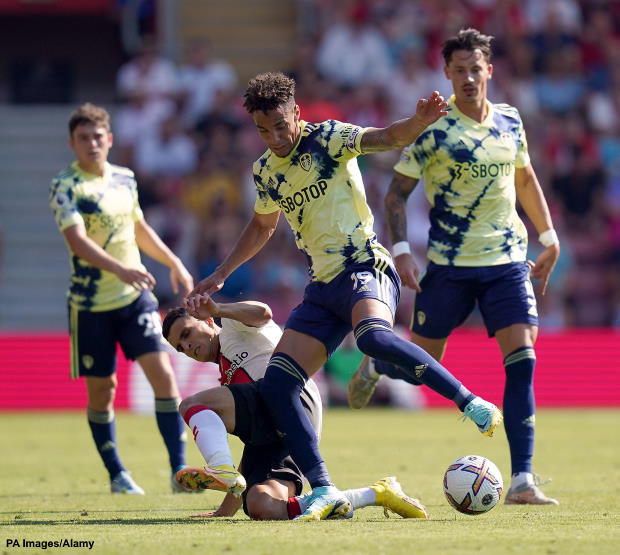 Rodrigo’s current streak has seen him score in four consecutive matches and included in that was a run where he opened the scoring in three successive matches.

Now, Leeds themselves have joined in on the applause, taking to Twitter and posting about Rodrigo’s impassive statistics for the season.

Accompanied with the tweet is a compilation of goals scored by Rodirgo this season to showcase how he has arrived at the laudable figure.

The striker’s impressive form has not been enough to see him selected for Spain in the World Cup though and he is likely to be involved in Leeds’ friendlies over the break.

Rodrigo will be aiming to continue where he left off when Leeds are next in action following the break.