Jesse Marsch has revealed that he text Leeds United star Brenden Aaronson and told him not to worry about his role and commit everything to the US national team in the World Cup.

Aaronson joined Leeds from Red Bull Salzburg in the summer and has started all the Whites’ 14 league games while scoring one goal and assisting twice.

The 22-year-old midfielder is one of the three players called up from Marsch’s side to represent nations in the World Cup. 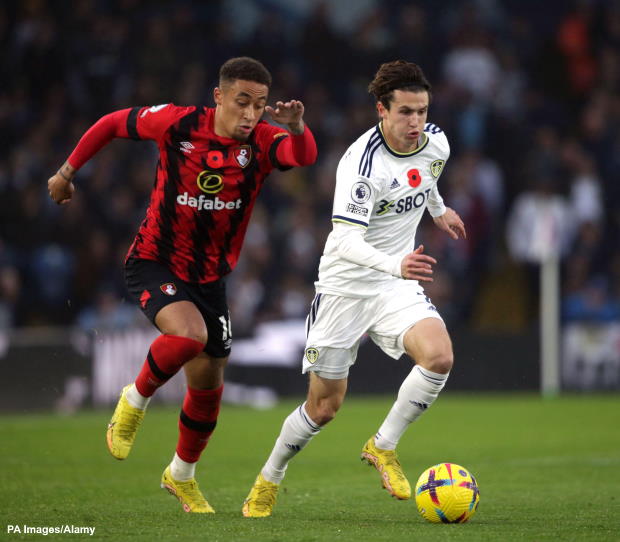 Aaronson has made three appearances for the US national team in Qatar and all of them have been coming off the bench.

Marsch is of the view that the US international so far has done well enough with his opportunities to become the first choice from the bench for Gregg Berhalter.

And the Leeds boss revealed that before the World Cup, he texted Aaronson to encourage him to have faith in his team and his manager and to give his all without worrying about his role in the team.

“He is still young and he knows it is a good group, it is a good team”, Marsch said on the Men in Blazers podcast.

“He has done well for himself and I think well enough that he should be the first option off the bench.

“He can wrap his mind around this role and do a really good job in it.

“Obviously, if he were to start on any given day, he can do a job.

“He is a good player and he can help the team.

“So I think that is most important and even when I texted Brendan before the tournament started, that was one of the things I said to him: ‘Don’t worry about what your role is; just commit to the team. Give everything you have. The World Cup is a special moment. Believe in the group, believe in the coach and when you are called upon, be ready to make an impact in every way you possibly can’.

“He is such a good kid. He is a team player all the way and he will do whatever it takes.”

The United States have advanced from the World Cup group stage and will face the Netherlands in the round of 16 on 3rd December.