Former Newcastle United star Warren Barton believes that Sven Botman has got what it takes to become a future Magpies’ captain and emulate the likes of Rio Ferdinand, John Terry, Vincent Kompany and Virgil van Dijk.

Ever since arriving from Lille in the summer, Botman has gone on to establish himself as one of Eddie Howe’s most trusted players.

The 22-year-old has missed just two of his side’s 15 league games, helping them jointly maintain the record of conceding the fewest number of goals in the Premier League so far. 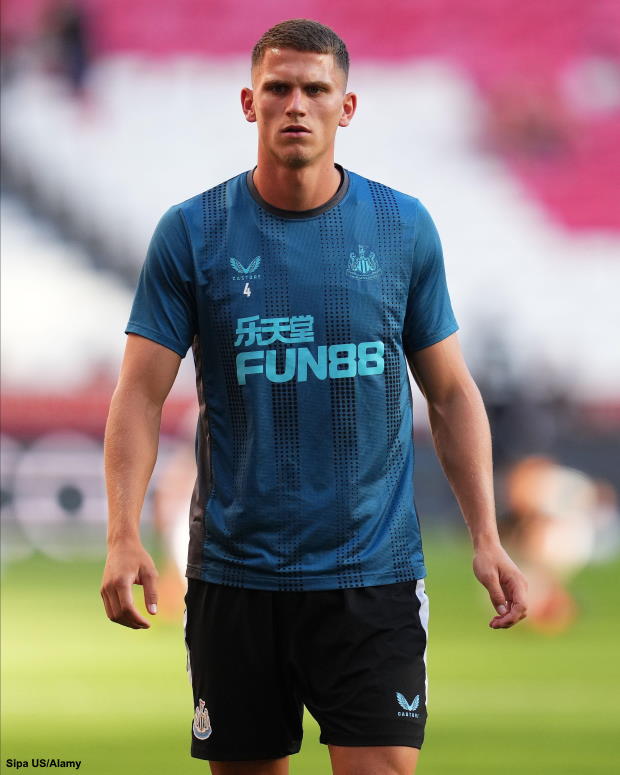 Barton, who played for the Magpies between 1995 and 2002, feels that Botman wants to be part of the change Newcastle United have been undergoing and has got what it takes to be a future captain of the club.

Citing the Botman’s decision to withdraw from the Netherlands’ Under-21 squad earlier in the season, Barton told Chronicle Live: “He pulled out of the U21s because he wants to be part of it.

“And I’ve got no doubt he’ll be a future captain of Newcastle if he keeps doing what he’s doing.

“There’s a reason why we went after him for the second time, and this is the reason why.

“He can keep getting better and better, be a physical presence and be a Rio, a Terry, Kompany, Vidic, van Dijk.

“That bracket is where he’s got to go for.

“He’s quick, he reads the game, he just needs to keep his head down, keep working and the rest will come.”

Botman will be looking to help Newcastle continue their impressive start to the season as they eye securing European football for next term.