Sarri has switched between the pair throughout the season, though in recent weeks he has also experimented with Eden Hazard playing as a false number 9.


Morata and Giroud have managed just six Premier League goals between them this season, fewer than Southampton's Danny Ings, who has netted on seven occasions.

Chelsea have been linked with a move for AC Milan's Gonzalo Higuain in next month's transfer window and Langley, who has heard the talk, feels the issue is that Sarri does not trust his strikers. 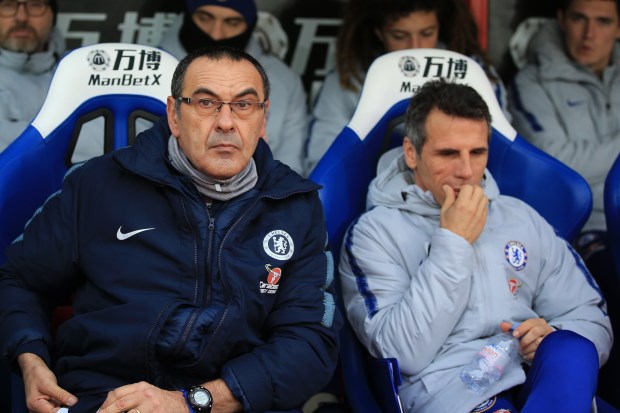 "We've been linked with Higuain, whether that is right or wrong, or just paper talk [I don’t know]", Langley said on Chelsea TV following the win.

"But looking at his striking options, I don't think the manager truly believes in his two strikers, if I am honest."


Chelsea started Giroud in their 1-0 win away at Crystal Palace on Sunday, but the Frenchman was forced off with injury in the 76th minute.

The striker could now be looking at several weeks on the sidelines, something which may hand Morata, who replaced him at Selhurst Park, a run in the team to impress Sarri.