Cesc Fabregas is of the view that Chelsea star N’Golo Kante has a dark side to him on the pitch, which is evident in the way he is unconcerned by fouls he commits.

Kante earned plaudits for a string of eye-catching performances in the middle of the park for Chelsea this season, especially in the Champions League, in which he played a crucial role in helping them lift the trophy.

The Frenchman is known for his down to earth attitude and positivity that he brings to any team, in addition to his high work rate. 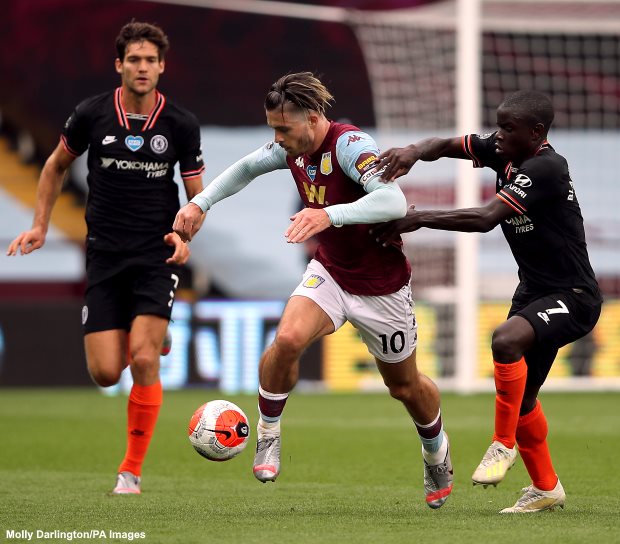 However, ex-Chelsea star Fabregas is of the view that Kante is not timid at all and is competitive, with no concern about picking up a yellow card or fouling an opponent in the course of the game.

Fabregas explained that although Kante does not lose his temper easily, he will not apologise or be nice to an opponent in the middle of the game, even if he has fouled him.

“But N’Golo has a little dark side as well that I like, which I still see now when I watch him on television”, Fabregas wrote in his Daily Telegraph column.

“He doesn’t lose his temper, but, if you watch, you will see that he does not mind fouling an opponent or getting a yellow card and he will not apologise or be nice to the other guy, he will just walk away.

“I like this and it gives a message to the opponent that N’Golo will not be too nice on the pitch.

“To be a really top player, you need this.

“If you are nice on the pitch, then they eat you alive and I smile when I see his darker side.”

Kante is representing France in the ongoing European Championship and will be determined to add a Euro 2020 winner’s medal to his trophy cabinet, which contains a World Cup, Champions League and multiple Premier League titles.