Who Is That – Celtic Star Shrugs Off Criticism From Former Bhoy

Albian Ajeti has insisted he is not all concerned about ex-Celtic star Ramon Vega’s criticism over him earning a recall to the Switzerland national squad and stressed it is all part of football.

The 24-year-old has only scored in one of his outings for Celtic in the Scottish Premiership so far this season, but has earned a surprise call up to the Switzerland national team.

Former Hoops star Vega was surprised at seeing Ajeti being included in the Switzerland national squad as he feels the 24-year-old has been far from convincing on the pitch this season. 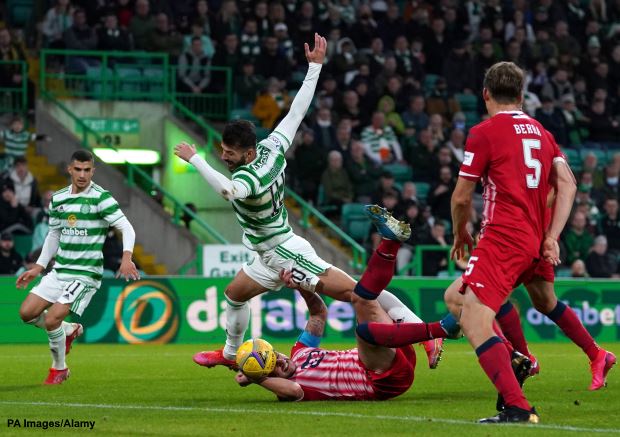 However, Ajeti has insisted he is not concerned about Vega’s comments and admitted he is entitled to have his opinion.

Responding to Vega’s criticism, Ajeti joked to Swiss daily Blick: “Ramon Vega? Who is that?

“That is his opinion, but he doesn’t make the line-up, so I’m not that concerned.”

Ajeti stressed that criticism is part of football and vowed he will fight to prove his worth on the pitch and do his best.

“We have to deal with criticism.

“This is football. That’s part of it.

“I can live with it.

“Of course, things can always go better, but I will fight and do my best.”

Switzerland have World Cup qualifiers scheduled against Northern Ireland and Lithuania in the coming days and Ajeti will be determined to prove his doubters wrong, provide he gets game time.