Manchester City have officially revealed their starting line-up and substitutes to go toe-to-toe with rivals Manchester United at Old Trafford in the Premier League this afternoon.

The Citizens eased to a comfortable 4-1 win over Club Brugge in the Champions League in midweek, but lost their last league match, going down 2-0 at home to Crystal Palace. 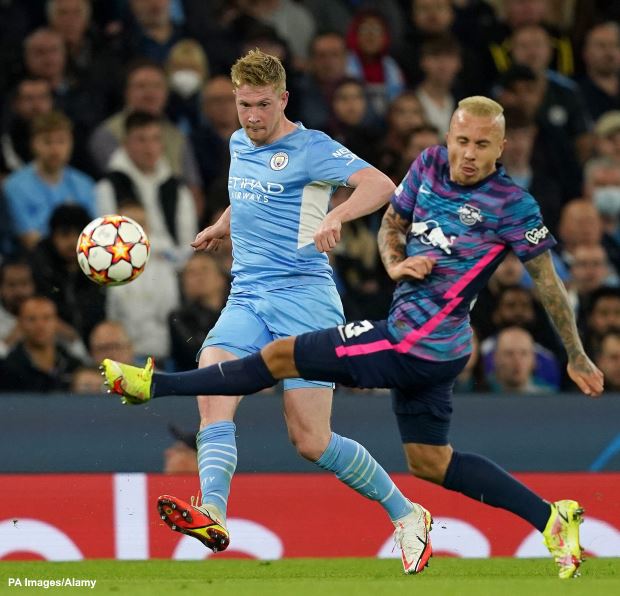 Pep Guardiola will be keen for his men to head into November’s international break on the back of a win and a good performance, but will be aware that his side lost their last meeting with Manchester United, 2-0 in March.

He must do without defender Aymeric Laporte, who is suspended.

Guardiola picks Ederson in goal, while at the back he has Kyle Walker and Joao Cancelo as full-backs, and John Stones and Ruben Dias in the centre.

Rodrigo slots into midfield, while Kevin De Bruyne, Ilkay Gundogan and Bernardo Silva all start. Phil Foden and Gabriel Jesus are also given the nod to play.

If Guardiola needs to shake things up then he can turn to his bench, where options available include Jack Grealish and Raheem Sterling.