Tammy Abraham has conceded that leaving Chelsea was a difficult decision, but admitted that he was ready to move on and make a name for himself somewhere else, with Kevin De Bruyne and Mohamed Salah inspirations.

Abraham moved on from Chelsea last summer and joined Roma after enduring a difficult last season at Stamford Bridge, which led to him missing the Champions League final.

The forward had offers in the Premier League, with Arsenal especially keen, but he decided to move abroad and joined the Serie A giants for a fresh chapter in his career. 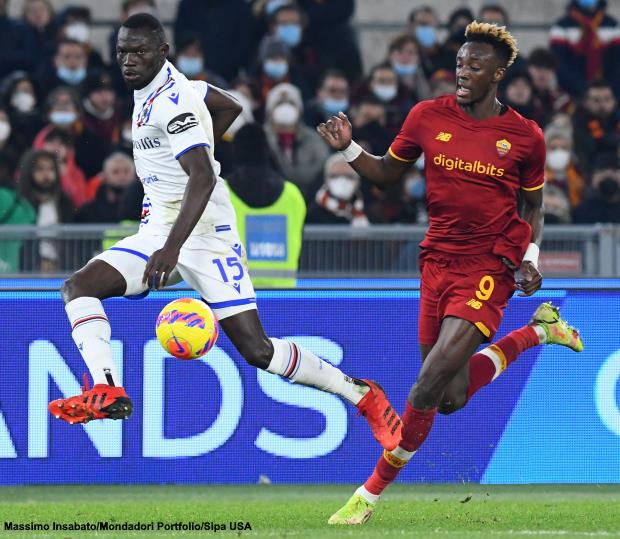 Abraham conceded that it was a difficult decision as he was at Chelsea from a very young age, but admitted that his career needed a change last summer.

The striker also pointed out the success that players such as De Bruyne and Salah experienced after leaving Chelsea and he wanted to do the same by experiencing something new.

“It was difficult, a difficult decision”, Abraham told The Athletic.

“I was there since I was a young boy and all I knew was London, all I knew was Chelsea, apart from my loans [to Bristol City, Swansea City and Aston Villa].

“But there’s a time in your career where you have to do what’s best for you. I had to go out and make a name for myself again.

“From the first day, I set foot here that was my goal.

“I’ve seen the likes of Kevin De Bruyne, Mo Salah and Lukaku leave Chelsea and spread their wings. They’re the best players in the world.

“For me, it’s about doing the same thing and even if it’s not the Premier League, it’s about going out and learning a different culture and experiencing different things.

Abraham has made a big impact in Italy, scoring 24 times in all competitions for Roma this season, and could be targeted by Premier League clubs for a return this summer.