Frank Lampard has hailed Fabian Delph for the calming influence he has on the team while playing in midfield, in addition to adding balance and experience to the squad, which all have made him a key player for Everton in recent weeks.

Delph has missed large chunks of the current campaign through injury issues, but has been available for selection since returning to the first team fold in early April.

The midfielder has started four of Everton’s last five top flight outings, in which they have won three and only dropped points in a draw. 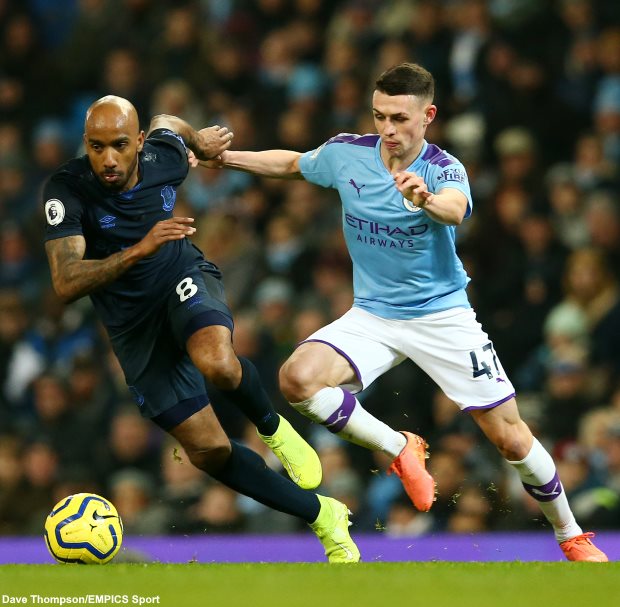 Toffees boss Lampard has revealed that Delph has been important for the club in recent weeks because he brings experience, quality and balance to the squad, as they try to work through pressure to ensure their top flight survival.

Lampard stressed that Delph has a calming influence on his team-mates when he is in the middle of the park, having struck a good partnership with Abdoulaye Doucoure.

Asked why Delph has been so important for Everton in recent weeks, Lampard told The Athletic: “Experience, quality, balance in midfield.

“Him and Doucs have looked great in there as a two in the last few games.

“The left foot, the calmness at certain moments when we want to play.

“Of course, we’re not playing as much as we might want at the minute.

“The situation doesn’t allow it and it’s smart for us to go away from that.

“But when we do have those moments of calm, Delphy’s usually in the middle of them.”

Everton will look to make it three wins on the trot on Wednesday when they travel to Vicarage Road to lock horns with relegated Watford.