Michael Ball is of the view that Vitalii Mykolenko has started to show why Everton swooped to snap him up in January as he has been excellent in recent outings.

The Toffees roped in the left-back from Ukrainian side Dynamo Kyiv in the last transfer window, signing him on a four-and-a-half-year contract.

Mykolenko has earned plaudits for the way he has stepped up on the pitch for Everton in recent outings, including in their 2-1 win against Leicester City on Sunday in which he also scored a stunner. 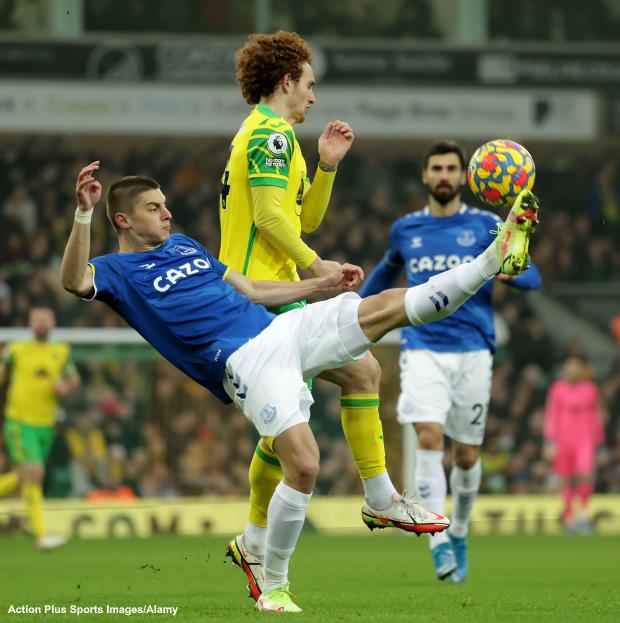 Former Everton full-back ball is impressed with the 22-year-old and feels he has started to show the qualities which convinced the Merseyside giants that he is the player for them at left-back.

Ball acknowledged how well Mykolenko has been able to settle into life on Merseyside, especially in challenging circumstances because he is experiencing English football for the first time in his career, while his country Ukraine is embroiled in a war with Russia.

“Mykolenko has come into a new country and a new style of football midway through what is a very difficult season for Everton and even some top players take a while to adapt”, Ball wrote in his Liverpool Echo column.

“I’ve seen some of Pep Guardiola’s signings at Manchester City take a year-to-18 months to get used to it, when Joao Cancelo first came in, they said he was struggling.

“There were plenty of additional factors that made it even harder for Mykolenko given how Everton were suffering.

“We don’t know what it’s like for him, we can only imagine what he’s going through with his family and friends back home but he’s been professional enough and has seemingly settled in as well as we could hope.

“We’ve started to see the qualities of why we came in for him over the past four or five games.”

Everton are gearing up to take on relegated Watford at Vicarage Road in the league midweek and will be determined to bag all three as they look to take one more step away from joining the Hornets in the Championship next season.