Everton goalkeeper Jordan Pickford has insisted that fighting through a relegation battle this term will help the Toffees next season.

The Toffees are involved in a tussle to stay in the Premier League for next season though a win over Crystal Palace tonight would ensure they have avoided the drop.

Everton even spent some time in the relegation zone recently but under manager Frank Lampard they have rallied to being within a win of securing their stay in the top flight for next season. 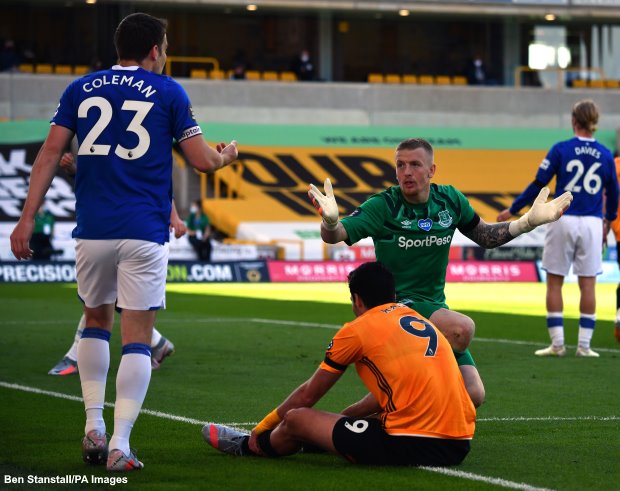 Pickford has experienced the emotion of achieving safety after being engaged in a battle to avoid the drop, with Sunderland in the 2015/16 season, and thinks that surviving through a relegation dogfight will make the Toffees stronger next season.

The goalkeeper added that he will enjoy the moment when the Toffees officially avoid the drop but still is mindful that there is a lot more work to do for his team even from that point onward.

Speaking to Everton’s official site, Pickford said: “When I was at Sunderland, that feeling of getting over the line and that buzz of staying up as a team was amazing because it gives you a confidence that you’re capable of anything going forward.

“A relegation battle is difficult, so to be able to fight and show character as a team, then I think that would just boost confidence for next season.

“Fingers crossed we can get what we need and come through it.

“For me, it would be important to enjoy the moment of getting out of the relegation battle but we know there’s plenty of work to do.”

Though Sunderland avoided the drop in the 2015/16 season, they were relegated nonetheless in the campaign after that and the Toffees will be eager to avoid the same fate upon reaching safety this term.