Rhian Brewster has revealed that Manchester City loan star Tommy Doyle spoke with him prior to joining Sheffield United and admits he assured him he would be a terrific addition to the Blades squad.

The 20-year-old spent the first half of last season on loan at Hamburg, but it was cut short due to a lack of appearances and the player came back and joined Cardiff City for the latter half of the season.

This summer, Doyle signed a season-long loan deal with Sheffield United and has featured so far in seven games for Paul Heckingbottam’s side, laying on an assist against Reading. 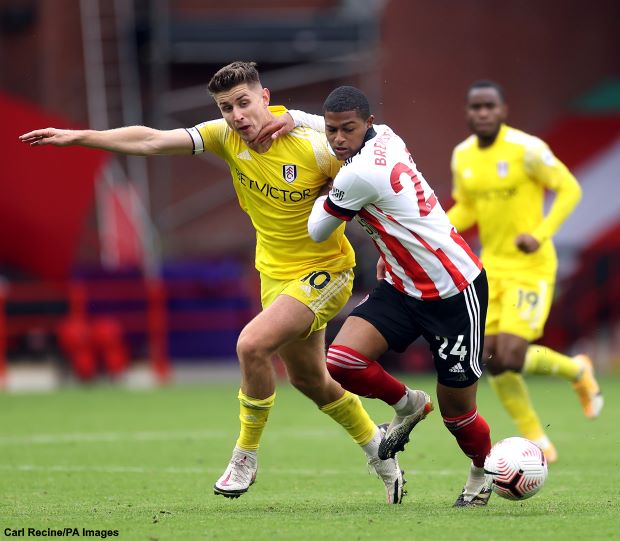 Brewster is of the view that Doyle has a lot to offer to the Sheffield United squad and is optimistic that the player will be able to add some goals and assists to his game.

The Sheffield United star revealed that the 20-year-old contacted him before joining the club, and he assured the midfielder that he would be a very good addition to the Blades squad.

“I have known him for longer and he has a lot to give, in terms of goals, assists and going forward”, Brewster told Yorkshire Live.

“You are going to see a lot more of that.

“Tommy has come in and done well and is continuing to do well.

“He has taken his chance and hopefully he can just keep that going and keep working hard, hopefully adding some goals and assists to his game.

“He messaged me the day before he was coming in and asked me a question.

“I told him we are a tightknit group and I think you will be a great addition to the team.

“Whether you come and play anywhere in midfield you will bring a lot to the team.”

Doyle will be plying his trade under Heckingbottom this season with fellow Manchester City loanee James McAtee, and both players will be eager to impress Pep Guardiola before returning to the Etihad next summer.