Everton loanee Jarrad Branthwaite has stressed that there is a real team spirit at Goodison Park, which helped him when it came to his sending off against Brentford towards the end of the 2021/22 season.

Branthwaite started the game at Goodison Park and got sent off after just 18 minutes on the clock for a professional foul on Ivan Toney.

The Toffees were fighting for their Premier League survival under new boss Frank Lampard and twice threw away the lead to lose 3-2 to the Bees in the end, with substitute Salomon Rondon also getting his marching orders. 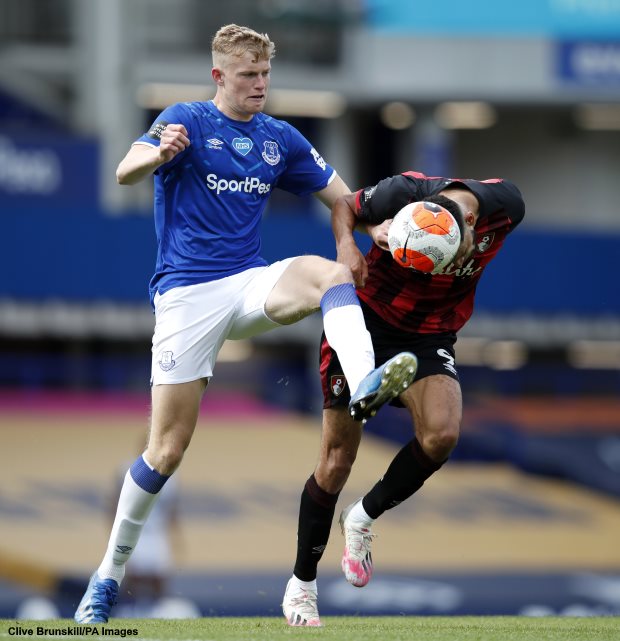 Branthwaite termed that moment a nightmare but added that he did not dwell on the mistake and was helped through by his team-mates.

The 20-year-old pointed to his vital support network comprising seasoned players such as Seamus Coleman, Fabian Delph and Mason Holgate, who gave him positive feedback.

Branthwaite added that there is a real team spirit at Goodison Park, which is visible to anyone looking at the squad and their performances so far this campaign.

“At the time it was an absolute nightmare but looking back now, I’ve developed as a player from it. It’s about going through tough times and making it better”, Branthwaite said to The Athletic.

“If you dwell on mistakes and you don’t get feedback, it’s going to eat you up inside.

“It’s football. But the players and staff at Everton were brilliant in asking how I was.

“Seamus Coleman was a big influence. Fabian Delph too.

“You could see the difference he made when he came back into the team.

“He was vocal and a good support network who would give you feedback. Mason Holgate was good.

“There’s a real team spirit and you can see that in the start of this season.”

Branthwaite is currently clocking up game time in the Netherlands on loan at PSV Eindhoven, who suffered a surprise 3-0 loss at Cambuur on Saturday.